In the early 1800’s benefactors and members of various Denton County Masonic Lodges deeded to the Lewisville Masonic Lodge #201 AF and AM pieces of property to be used for Masonic burial purposes.  Over the years these pieces of Masonic burial properties with other donations and purchases of acres became known as the Old Hall Cemetery.

By 1844 a large family connection moved from Platt County, Missouri.  Among these settlers were brothers John and James Holford for whom the prairie, Holford Prairie Settlement, was named.  The Holford Prairie Hall was built in 1855, a two story building housing the first public meeting place for churches and school.  The second story housed the Lewisville Masonic Lodge #201 AF and AM. 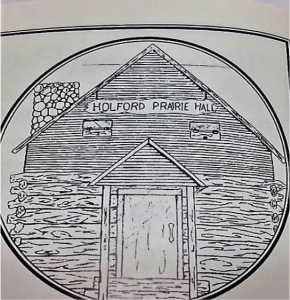 According to written history the oldest recorded grave at Old Hall Cemetery, which was originally known as the Lusk Family Cemetery, was the infant daughter of Creswell and Margaret Lusk Hall, Martha Ruth “Mary” Hall, born February 11, 1855 and died August 1, 1857. Sixteen members of this family are recorded to have been buried in the Lusk family cemetery.  In 1862 five acres were deeded to the Masons, adjacent to the Lusk family cemetery.  In order to keep the family plot separate from the rest, Sam Lusk erected an iron fence which surrounded the entire site.  The iron fence was removed in 1997, due to disrepair and for the ease of maintenance.  The Lusk Cemetery ceased to exist as a separate entity and became part of Old Hall Cemetery.

Old Hall Cemetery Association is a non-profit organization that relies on your donations.

Please consider making a contribution to the cemetery in memory of your family and friends buried at Old Hall.

Find a Grave: Find a Grave is dedicated to finding the graves of ancestors and loved one’s graves through an expansive database of records and images from the world’s cemeteries.